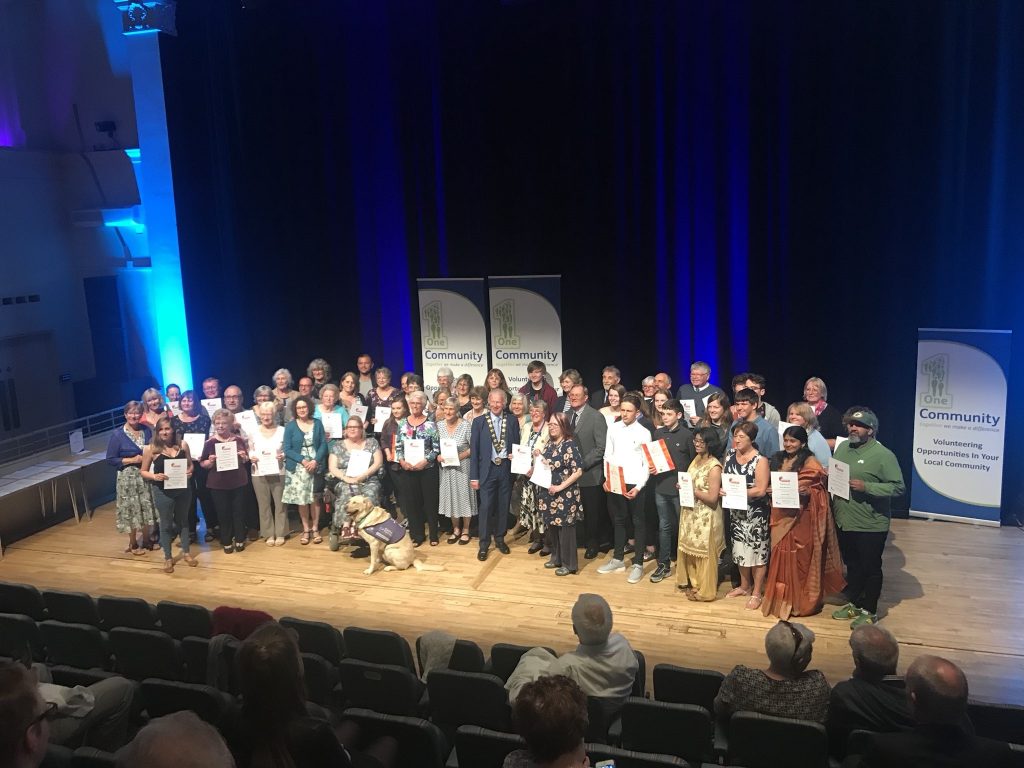 Volunteers’ Week 2018 has been the most memorable yet for One Community, commencing with the announcement that we had won the Queen’s Award for Voluntary Service. A very celebratory week (1-7 June) included three volunteer certificate presentations, one in Eastleigh and two in Fareham.

Nominations from both Eastleigh and Fareham volunteer involving organisations, resulted in the biggest such events ever organised by One Community, with 78 volunteers being recognised at The Point in Eastleigh on Tuesday 5 June to a large gathering of volunteers, nominators and guests.

Certificates were presented by the Mayor of Eastleigh Councillor Bruce Tennant, and included the Eastleigh Youth Awards, a joint initiative of Eastleigh Borough Council and Eastleigh Lions.

With 99 nominations from 21 organisations, the Fareham event was spread over two evenings at Ferneham Hall, with certificates being presented by the Mayor of Fareham, Councillor Susan Bayford, on Wednesday 6 June and Councillor Sue Bell, Executive Member for Leisure and Community at Fareham Borough Council, on Thursday 7 June.