Our AGM, at The Point in Eastleigh on Tuesday 18 September, celebrated our 40th anniversary.

In attendance were members, guests, staff and volunteers, past and present, including former Chief Executive Ken Dufton.

Three trustees were re-appointed: Professor Sri Kandiah (chair), David Wrighton, Gareth Davies, and new trustee Julian Smith was elected. Chair of One Community, Professor Sri Kandiah, announced his decision to stand down in March 2019 after many years of service to the Board.

New Friends of One Community were appointed – a band of supporters who act as ambassadors telling people about the charity’s work and helping the team.

A presentation film was shown: A year in a Life of One Community, and the 40th anniversary cake was cut.

Please see the presentation film below:

Attendees were invited to go on to Eastleigh Museum where an exhibition “One Community – The First 40 Years” is showing until 10 November. 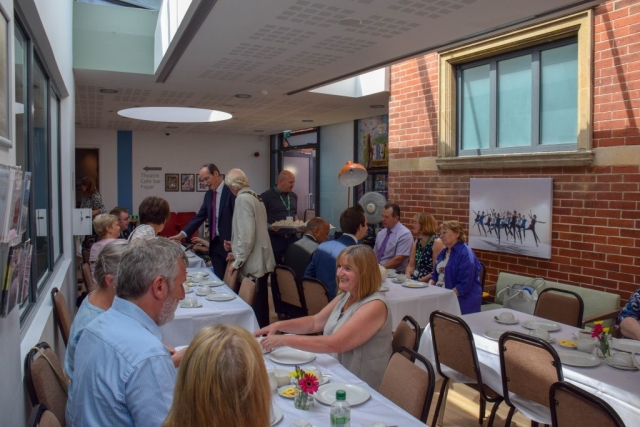 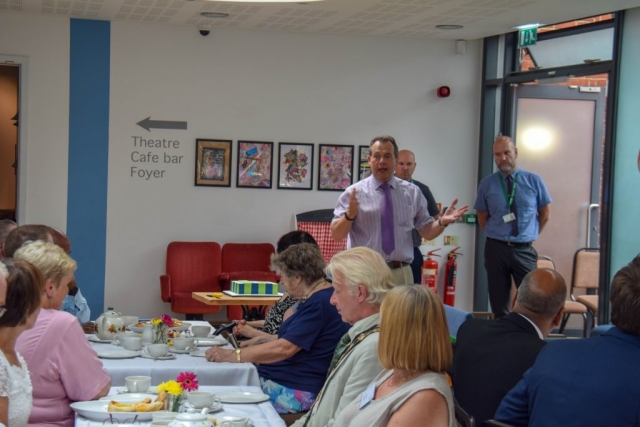 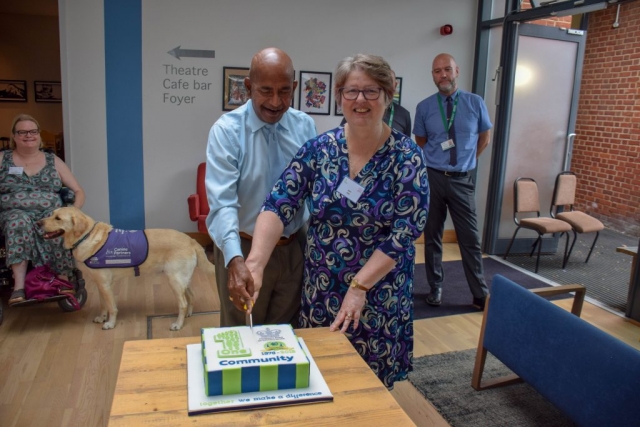 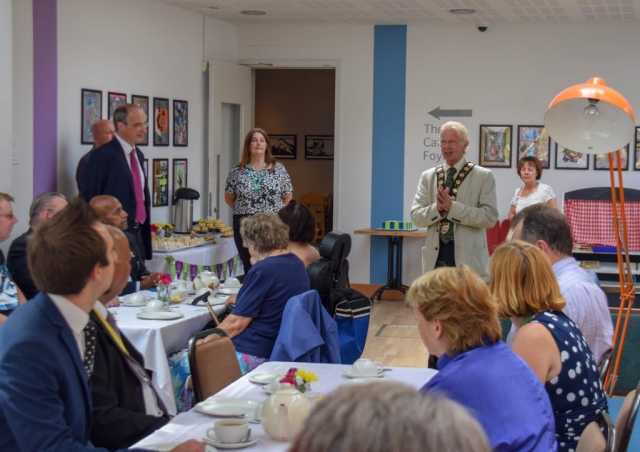 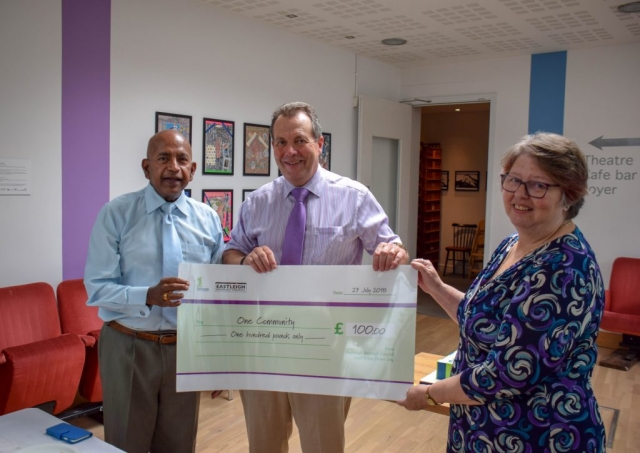 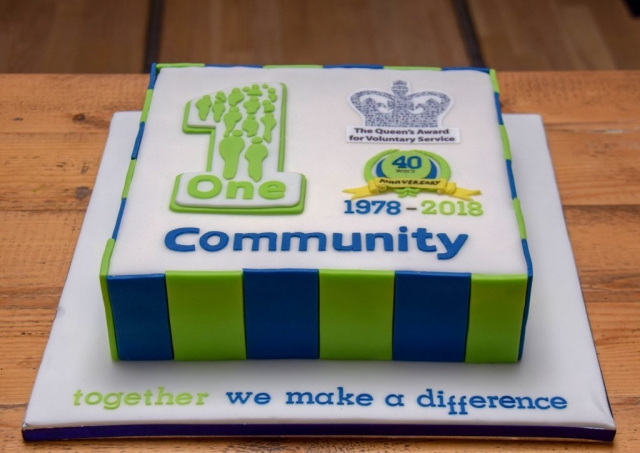 On the 27th of July 2018 a group of staff, volunteers and associates of One Community went to the Point in Eastleigh to celebrate our 40th anniversary. It was a hot and sunny day and we all enjoyed cakes, sandwiches, tea and coffees together and listened to some good speeches about how Eastleigh Borough Council and One Community do work in partnership. In front of our representatives the mayor and the council explained it has become more of a mutual respect and friendly relationship, to the benefit of the people of Eastleigh and surrounding areas.

It was a lovely way to spend an afternoon and we were particularly glad to have been nominated to receive a cheque from the council from their own staff charitable giving.